Last week there was buzz about President and Mrs. Obama possibly buying the home in Hawaii that was used for the t.v. series, “Magnum.”  I visited that home electronically every week because we never missed an episode.  It turned out that the Obamas had not bought the Magnum house, but I got to wondering what the homes of other presidents look like.  That is when I came upon the charming and beautiful home of President and Mrs. Bush in Crawford, Texas.  The “ranch” as it was referred to cannot be more wonderful.  Fortunately, Architectural Digest did a spread on this famous ranch and I thought that you might like to have a look.

President and Mrs. Bush must have loved being there when they lived in Washington, D.C.   I am sure that they love being there now!

Indian paintbrush and bluebonnet flowers make a beautiful meadow at the ranch.

The red flowers are standing cypress which are native to Texas.

According to Architectural Digest, Mexican painted-wood plates known as bateas surround a 19th-century gilt mirror in the kitchen’s breakfast area; the side board is a Philadelphia antique, and the table was a gift from Mr. Bush’s grandmother Dorothy Bush.

In this study we catch a glimpse of pet portraits that were done by Mr. Bush.

I think that there are two interesting things about this next photo.  The cocktail table was designed by Mrs. Bush and the ammonite fossils on the pedestal table were found on the property.

This dining area is very relaxing.  I can picture the dinner table conversation getting around to a discussion of good books.

Who do you think does the cooking in the kitchen?

President Bush hosts the W100k annually.  It is a bike ride for wounded veterans at the ranch.

There is a tree farm on the ranch.

On another part of the 1,600-acre property, Heritage Restorations built additional guest quarters using the salvaged superstructure of an 18th-century English-frame barn from upstate New York.  I wonder if the Secret Service stays there?

According to AD this is the master bedroom.

…and this is a guest room.

This antique partner’s desk once belonged to the grandfather of President Bush.

In the background is a ten acre lake which is stocked with bass.

Texas bluebonnets are so wonderful on the 1,600 acre ranch.

Beside the lake stands this cross which was built for the 2008 wedding of Jenna Bush.

In the natural world, blue flowers are the most rare.  The Texas bluebonnet seems to celebrate the color. I thought that you might enjoy some pictures of bluebonnets in all of their glory.  I do not think that these images were take on Prairie Chapel Ranch, but they are glorious just the same. 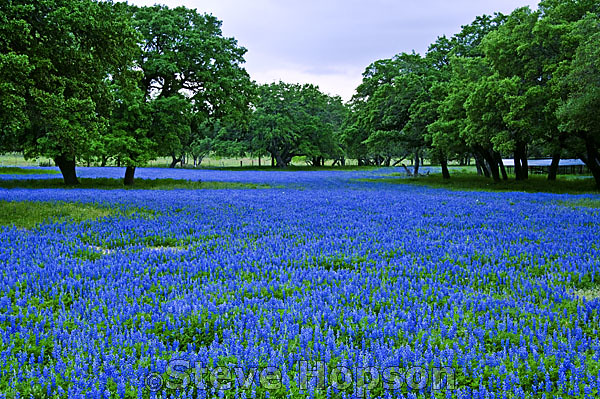 Have a wonderful day!

1 thought on “President and Mrs. Bush’s home in Crawford, Texas”